Party decorations with balloons is a fun and cheap way of creating a fantasy and colorful atmosphere for any event. This ballon decorations are most commonly used for birthday parties or children’s parties. Thus, balloons are a decorative element that fascinates children and gives them the opportunity to play with them it their games. If you want to give your party an original touch here at espaciohogar.com we will give you the relevant information and we will show you all about the balloon decorations for parties and events, through videos and photographs. 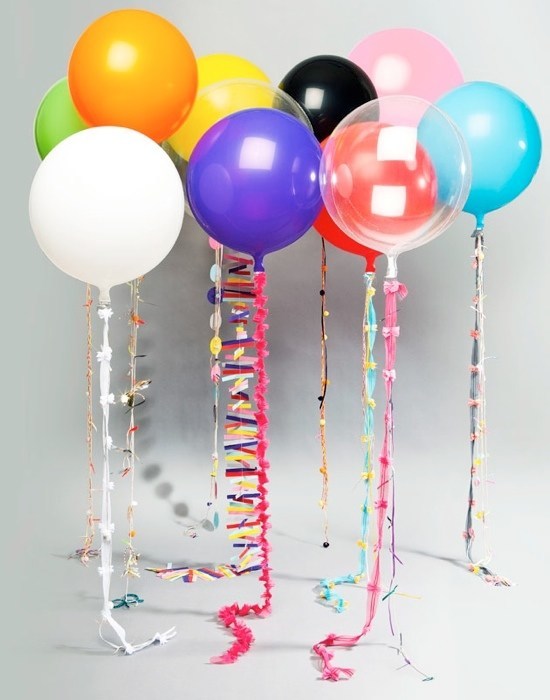 Discover the best ideas in the following article: Centerpieces

Balloon decorations for parties and events 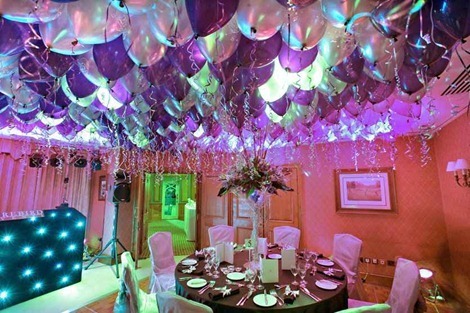 Joy, celebration, a reunion… Balloons are an original way to show and share emotions: from simple garland decorations with colorful balloons to the most incredible decorations. In countries like the United States or Canada, this type of decoration is very popular and it’s actually not only for children’s parties, as they are also a good choice for baptisms, weddings, communions and all kinds of parties. For this, you can use balloons with light, personalized balloons, balloons that immitate different shapes… The decoration with balloons is so imaginative that it will surprise you. 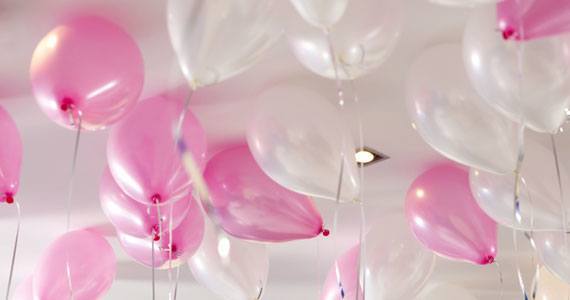 Now also in Spain there are companies that destined their activity to create balloon decorations for parties and events, with different shapes, which are more original and decorative: 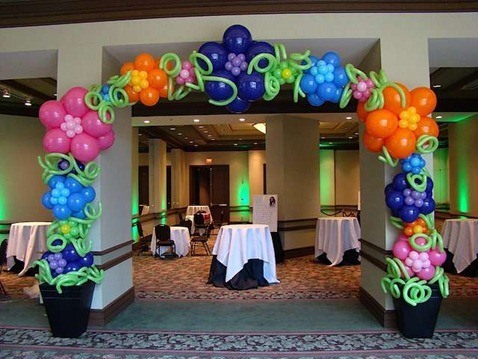 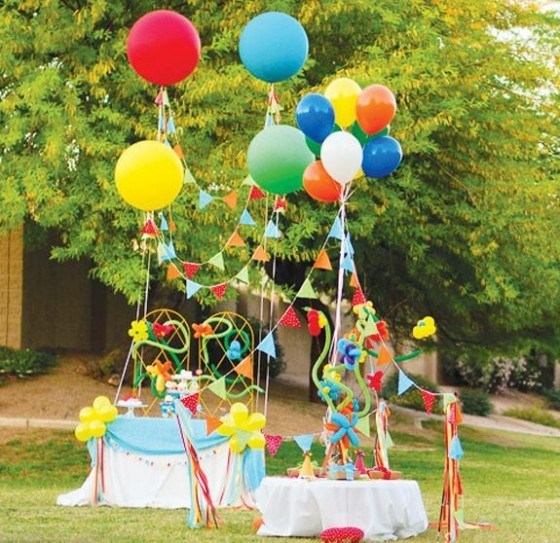 The balloons symbolize the joy of the reunion. Therefore, we can’t forget balloon decorations for birthday parties, weddings, baptisms or festivities.

Also balloons can be used to symbolize peace. For instance, balloons in the form of a dove are spectacular. They measure about 50 centimeters wide, they are filled with helium and when they are released in the air they move as if they were pigeons flying.

Ecological balloons, which are made of biodegradable material, are another option if we are looking for balloons that allow us to convey emotions. In addition to that, they carry inside different seeds of flowers so when they fall, the seeds are scattered on the ground where flowers will be able to grow. There’s nothing prettier than that.
At children’s parties, balloons make children happy. The balloons can be in different colors, shapes or even have the children’s favorite characters drawn in them: Pocoyo, Dora Explorer, SpongeBob, Mickey Mouse. Decorating with balloons can be a gift for your child, something you will never forget.

In addition to balloon decorations for a party, we can also choose the option of having balloons that are part of a game, which makes the balloons an important element for the children’s party. We can manipulate the balloons in order to do them in the shape of hats, pistols, swords, animals… 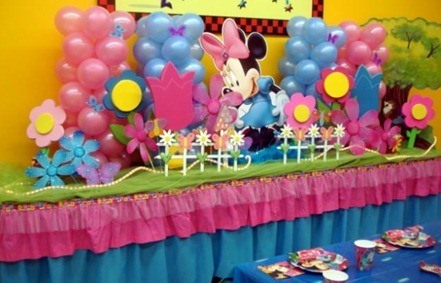 Balloons can be placed quite easily at a party. On the last birthday of my children several mothers helped me and decorated with many colored balloons, even some had stickers to put faces in the balloons, there were some Disney princesses, disney characters… For example, Minnie was for my daughter and SpongeBob and the Cars movie car for my son.
With little money we made a wonderful decoration: when the children saw the decoration they did not know where to look, their face full of excitement. 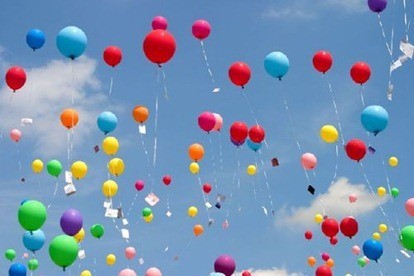 The decoration wasn’t the only thing that was successful. We actually released some balloons and the rest of the balloons were used by the children for their own amusement. They played with the balloons until they ended up popping the balloons.

Any event or party is the perfect occasion to use balloons. Outdoor parties are also a great opportunity. If you celebrate a barbecue or an outdoor party, you can make your own balloon chains, and hang them at different heights. You will see how your party is a success. 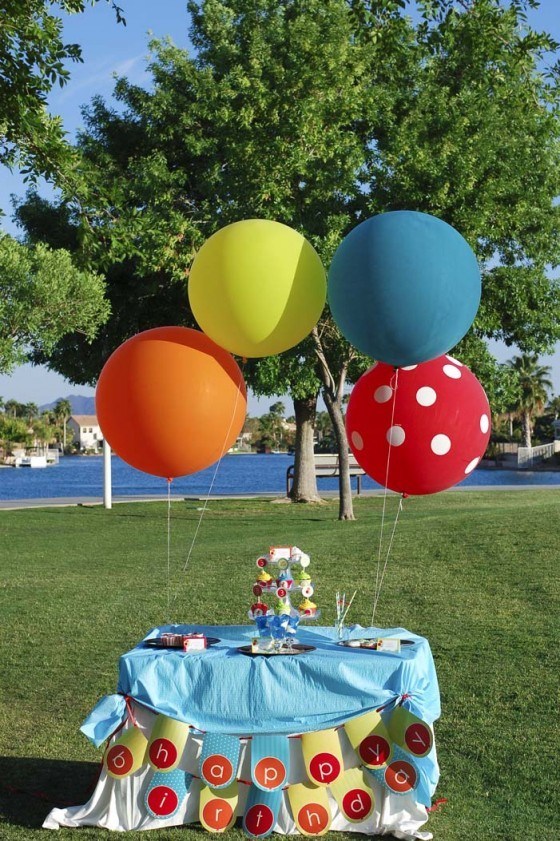 If you have to inflate many balloons, there are different ways you can do so. You might need pumps to inflate electric balloons and hire a company’s helium cylinders in order to inflate the balloons.
These companies are experts in the safe and effective handling of helium. These experts will advise you according to the number of balloons or the type of event you are going to celebrate. That way you will have as many balloons as you want without having to spend hours swelling you.
Compartir en: Twitter

How to make original centerpieces

More than 100 photos of small and modern kitchens for 2020 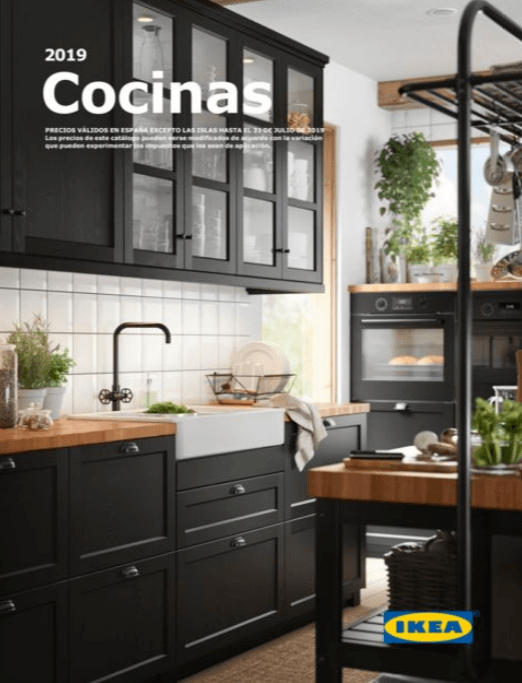 Eco-friendly Christmas tree: over 50 ideas of Christmas Trees made of recycled materials